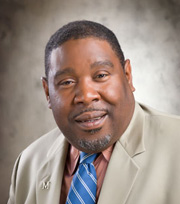 To those of you who missed Thursday night, let me just say: you missed Thursday night. Wow! I am so grateful to Apostle E.D. Mondainé for kicking off our conversation on Race and Culture in Kingdom and Community, to Pastor Robin Gordon for facilitating logistics and hosting, and to Mackenzie Doyle for leading the food provision.

As I fully expected, but am still deeply appreciative of, those who came entered into the extended opening prayer time and the conversation. It was rich, and even though we didn’t “accomplish” anything in terms of concrete changing-the-world, in a very real sense we did change the world. Just by virtue of opening the dialogue, stepping in honestly to speak and listen, and hearing each other, I think we did change the world. It just doesn’t know it yet!

Apostle Mondainé’s background: he grew up in St Louis, actually served in the military in Ferguson (yes, that Ferguson). He pastored a Southern Baptist church there; it is now an African American congregation pastored by a Latino man. His spiritual parents were white pastors in an urban setting, so he grew up in a multicultural ministry setting.

He moved to this area as the youth pastor in a white church in Salmon Creek, for a year, then moved to Portland to coordinate social work efforts for the Albina Ministerial Alliance, creating teen parent programs in schools. Loved the opportunity to engage lots of different churches.

He interacted with Joe Aldrich and others at Prayer Summits, etc. At some point it all just died off, he doesn’t know why. Through this he got to know many vessels who had a heart for multicultural ministry and mixing churches.

When Celebration Tabernacle came to Kenton no one wanted to be here: red light district, bars, drug infested. He has an entrepreneurial heart, and he loves to empower others to do entrepreneurial things. His family has always started businesses. They started with Fridays (coffee and other small services) and it has grown into Po’shines plus Po’shettes.
He wants to bring hope to bivocational pastors and always asks, “what are you doing in the community?” The Teach Me to Fish program looks to foster independence and empowerment.

Race/Culture discussion: Christy Dirren asked about the upcoming Ferguson verdict: would there still be rioting if the officer stands trial? Apostle Mondainé said no, but he has no expectation that the officer will ever serve any time. Going to STL is like going to a plantation, even though there are churches everywhere.

Chad Nieuwendorp brought up the situation a couple months back with the RHS student and asked how we bring grace and truth into the situation. Apostle Mondainé said most of his white friends get it [about what it’s like to be black in Portland] but they are exceptions. Most whites jut can’t understand because they aren’t black. To be in Portland and black you need to be a civic leader, connected to the right people, or a child of the king

Linda Jo Devlaeminck shared about working with African American women in the Community Of Hope and walking with them as they encounter racism. Apostle Mondainé encouraged her to use her power to speak out: you don’t need to lead a parade and try to change the world, just speak out when you have an opportunity and it makes sense.

Julia Nielsen talked about Portland people thinking that they aren’t racist even though they are: is that getting in the way of a real conversation? Answer: yes. Apostle Mondainé talked about blacks being invited to things just because they are black, for racial representation, or for politics, not so they can bring themselves and their culture to make a difference.

David Brewer pointed out the idea of diversity (like in corporate America) as possibly doing more harm because it functions more like inoculation: we value external/categorical diversity so we don’t have to have the deeper conversations.

Chad asked what we do from here because we aren’t done. Christy and Crossbridge @ are going to do a Lenten series on culture (Christy, please forward more details as these become available)

Josh Hawk asked how intentional he needs to be. Or is it enough to be open to it and speak up when he sees racism? Apostle Mondainé said being open is the most important thing.

Antjuan Tolbert talked about growing up with white females and the question he asks is, “why don’t you want to get to know me because you hate me so?” Look for a common ground. We know where we are leading people even though they don’t know where they are going.

Mackenzie Doyle talked about growing up in Lake Oswego and then moving here. She has realized over the last 10 years that race and culture is always a factor in their conversations. We never “arrive” in these areas, but continue to work together, to talk together, through them.